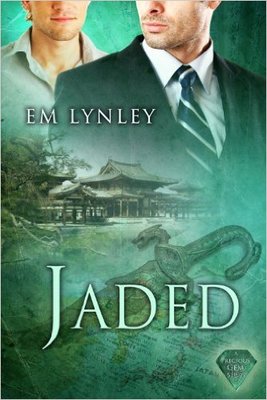 Gay-romance writer Trent Copeland finds his life in a rut while his boyfriend, Special Agent Reed Acton, is away on an undercover mission. After attending a special course at FBI headquarters in Quantico, Trent’s eager for another challenge. He jumps at the opportunity for a trip to Japan to oversee appraisals of two art collections to be sold at the gallery he co-owns. But the trip isn’t all cherry blossoms and Hello Kitty. When one of the collectors he meets―rumored to be the head of a Yakuza gang―turns up dead, Trent is accused of the murder and thrown in jail.

Reed drops everything to help find out who really committed the crime. He's in unknown territory in Japan, forced to navigate Tokyo’s sex underworld to unravel the truth and save Trent. He poses as a “host” at a seedy late-night club. When Reed’s undercover activities place him at a ruthless Yakuza leader’s sex party, he must be willing to go to any lengths to secure Trent’s safety and freedom. But trusting the wrong people brings both Reed and Trent to the Yakuza leader’s attention. If they’re ever to have a happy ever after, they’ll first have to call on every skill just to stay alive.